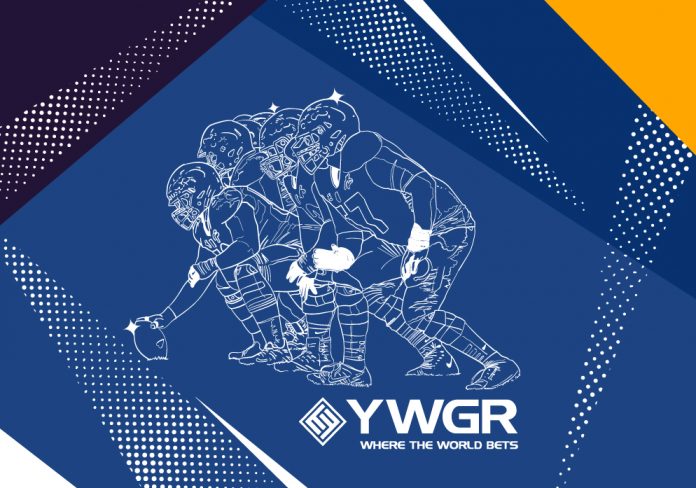 With the wait for the return of football being a long one, we all hope that we get to see some real excitement and drama once the action does kick off. No matter whether you prefer college football or the NFL, you have been given all that you asked for and more in the early part of the season. Surprises have been the order of the day in both leagues, and I have a feeling that we haven’t seen the last of them. This weekend, college football will head into Week 5, with the top 2 teams showing that they are the ones to beat this year. Will that change. In the NFL, it’s Week 4, with that schedule delivering what many will consider the game of the week. Let’s start with a quick recap of NCAAF Week 4 before we get to a preview of NFL Week 4.

There is no change with the top two this week, as both Alabama and Georgia posted some big numbers in their Week 4 wins. Things will get a little tricker for both this weekend, so might we see a shake-up in the rankings? Georgia will host the Arkansas Razorbacks, while Alabama will face off against Ole Miss. Both are favorites to win, but you just never know.

Below the top two teams in the nation is where things begin to get a little strange. Oklahoma won, but they also dropped down the standings, while the Clemson Tigers are barely clinging to the top 25 after losing to NC State, a defeat that absolutely kills their playoff hopes. As we look ahead to Week 5 in college football, let’s take a look at the current rankings:

The full college football Week 5 schedule can be found HERE.

Looking Ahead to NFL Week 4

With 3 games in the books in the 2021 NFL regular season, we have just 5 teams sitting with an unbeaten record. Those teams are the Las Vegas Raiders, getting their first 3-0 start since 2002, the Denver Broncos, Carolina Panthers, LA Rams, and Arizona Cardinals. If you had picked those 5 to be the ones still unbeaten at this stage, you deserve some kind of prize.

We saw history made this past weekend, with Justin Tucker hitting a 66-yard field goal to give the Baltimore Ravens a win over the Detroit Lions. We will ignore the blatant missed delay of game call before that play and simply congratulate Tucker on the new record.

As far as last season’s Super Bowl teams go, the Buccaneers lost to the Rams to fall to 2-1, while the Chiefs are now sitting at 1-3. Let’s take a look at the prime offensive performers from Week 3.

Games to Watch in Week 4 of the NFL Season

The game of the week might well be the game of the season, as this is the one that everyone has been waiting for. Tom Brady and the Buccaneers will head to Foxboro on Sunday night to face the New England Patriots, with the QB sure to get a rousing reception. If you only watch one game in Week 4, this should be it.

There are, though, some other good matchups on the schedule, starting with the Pittsburgh Steelers heading to Lambeau to face the Green Bay Packers. Can the Steelers offense show signs of life or are they about to fall to 1-3? The Panthers and Cowboys looks like a good matchup, as does the battle of the unbeatens that sees the Arizona Cardinals and LA Rams go head- to head.

How many of you are still alive in the Survivor Contest for this season? Hopefully a lot of you are still going, and while it’s too late to get in on that contest, we do have our Thursday and Monday Night Contests ready to go for this week. Thursday will feature the Cincinnati Bengals and the Jacksonville Jaguars, a team still looking for their first win. Monday night will see the Las Vegas Raiders try to move to 4-0 on the season when they face the LA Chargers in what promises to be a shootout. Why not get in on the action now for a chance to win some great prizes.