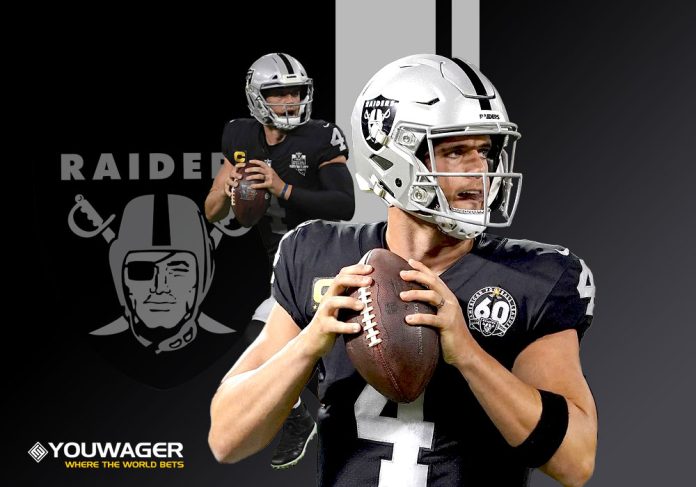 The holiday season is almost upon us, which means a couple of different things when talking about football. In the college game, it means that Bowl Season is almost upon us, but we have the Conference Championship Games and the final National rankings to come before we get to those. In the NFL, we are at the stage of the season where the race for playoff spots intensifies, and team have a clear idea of what needs to be done to stay a part of that race. We are about to head into Week 13 of the season, and you have to say that there is no clear favorite emerging from the pack. There is a lot of football still to come, and that means a lot of chances to win money this season. Why not use crypto to open or reload your betting account, with some fabulous bonuses to be found HERE.

The final week of the college football regular season did not disappoint, and it once again delivered a shake-up at the top. Ohio State, who had looked unbeatable for the past couple of months were blown out by Michigan, seeing their playoff hopes go up in smoke at the same time. The Wolverines are now in with a real shot at the playoffs, but they also need to win the Big ten Conference Championship Game this coming weekend to make that dream come true.

The other big games this weekend will help the Playoff Committee decide who is in and out, with a few games sure to play a part in that decision. An Alabama loss to Georgia in the SEC title game will likely end their season, while Oklahoma State can up their chances by winning the Big 12. One of the more interesting games, though, is the AAC title game, with Cincinnati looking to remain unbeaten this season. Can a non-Power 5 team finally make the playoffs? Here is the AP Poll after week 13:

The full college football Week 14 schedule can be found HERE.

Looking Ahead to NFL Week 13

The way things have gone this season, it is becoming difficult to trust any team when they go on a winning run. The reality is that this has been a rollercoaster year for a lot of teams, but now is the time to get hot as we get ready for the stretch run in the regular season. The Patriots have suddenly become the team to beat, reeling off 6 straight wins, with rookie sensation Mac Jones looking like a seasoned pro under center.

The Detroit Lions season of futility continued with yet another tight loss, this time to the Chicago Bears, who won on a last second field goal. The Lions are still potentially going to go winless this season, which is not really a surprise to anyone at this point.

There were some fantastic performances in Week 10 of the NFL season, so let’s take a look at the top offensive performers of the week.

Games to Watch in Week 13 of the NFL Season

The playoff races are heating up in both conferences, so it’s always fun to focus on the games that will have an impact on those standings. The LA Chargers and the Cincinnati Bengals are both in the hunt in the AFC, so their meeting is a huge one. The Pittsburgh Steelers are on the slide, but can they turn things around this weekend in a big divisional matchup with the Baltimore Ravens?

We have the Miami Dolphins looking for a 5th straight win, with the New York Giants coming to town, while the Kansas City Chiefs will look to keep moving on up with a win on Sunday night against the Denver Broncos at Arrowhead.

If you are a fan of the Thursday and Monday night games, not to mention the big-money contests that we have for each, then you are in for a treat in Week 13. The Thursday night game sees the Dallas Cowboys head to the Big Easy for a game against the New Orleans Saints. The game of the week, though, is probably the Monday night game, with New England and Buffalo set to square off. You need to get in on the competition action for the primetime games, so check out the rules for these contests on this page.