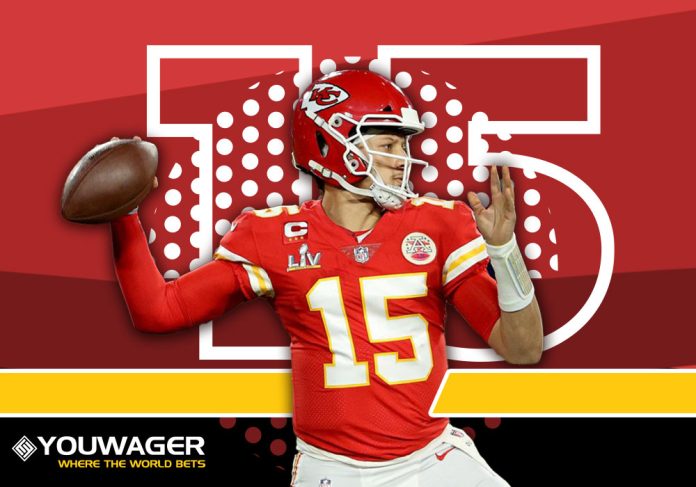 I understand that we are beginning to sound like a broken record, but it is truly astounding just how unpredictable things have been in college football and the NFL this season. Yes, there is a definite favorite that has emerged in the college game, but it would be a brave bettor that wagers the house on any single team to win the Super Bowl this season. You do get the sense that someone might emerge from the pack and make a deep run but guessing who that might be at the moment is a thankless task. There is a lot of football still to be played, so now is the perfect time to reload your betting account to get in on the action. We have a great crypto bonus going on right now, which you can take advantage of by clicking HERE.

While the teams that will make the playoffs has still to be decided, each passing week seems to deliver another elimination. Oklahoma was the latest to fall out of contention after losing to Baylor, as they had failed to impress the Playoff Committee even before that defeat. The chances of them making it into the final 4 now seem like slim to none.

At the top of the rankings, the Georgia Bulldogs continued to roll. They took down Tennessee 41-17 in Week 11 and did so with half of their defense taking fluids for a flu bug tearing through the team. Their final 2 games of the regular season look to be about as straightforward as it gets, so they should be heading to the SEC Championship Game with an unbeaten record. We will, as always need to wait until Tuesday night to get the official new rankings, but here is how the AP Poll looks at the moment.

The full college football Week 12 schedule can be found HERE.

Looking Ahead to NFL Week 11

Week 10 was different in that it delivered the first tie of the season, with the Pittsburgh Steelers and Detroit Lions playing a game that neither team seemed to want to win. The surprises continued, with a few Super Bowl favorites going down. Tampa Bay and the LA Rams lost their second consecutive games, while the Baltimore Ravens fell to Miami in primetime.

Hot streaks are few and far between at the moment, but there are a couple of teams making a positive move. The Tennessee Titans have now won 6 in a row, while the New England Patriots have very quietly put together a 4-game winning streak.

There were some fantastic performances in Week 10 of the NFL season, so let’s take a look at the top offensive performers of the week.

Games to Watch in Week 11 of the NFL Season

For the teams that are currently hot, Week 11 represents a real shot at keeping the winning streak alive. The Tennessee Titans have a home game versus the Texans, while the Patriots have a very winnable game on Thursday night, which we will touch on in the Primetime section below. Outside of that, we have some pretty big divisional games set to go this weekend.

The Green Bay Packers are in total control of the NFC North and can widen that gap when they go on the road to face the Minnesota Vikings. We also have Arizona and Seattle going head-to-head in an NFC West matchup. The biggest game of the week, though, is in Kansas City, with the Chiefs getting set to host the Dallas Cowboys. You would expect both of these teams to be playoff bound, although the Chiefs are still looking a little rocky at times.

With another week in the NFL drawing nearer, it’s once again time to talk about our primetime contests, where you can win some fabulous cash prizes. Our first game goes on Thursday night, with the New England Patriots and Atlanta Falcons set to square off. We then shift our focus to Monday night and the game between the New York Giants and Tampa Bay Buccaneers. If you want an opportunity to win some big prizes, learn more about our primetime contests and get on an easy chance to make money while enjoying some football.