HORSES Kentucky Derby Betting: All Future Action on These Horses 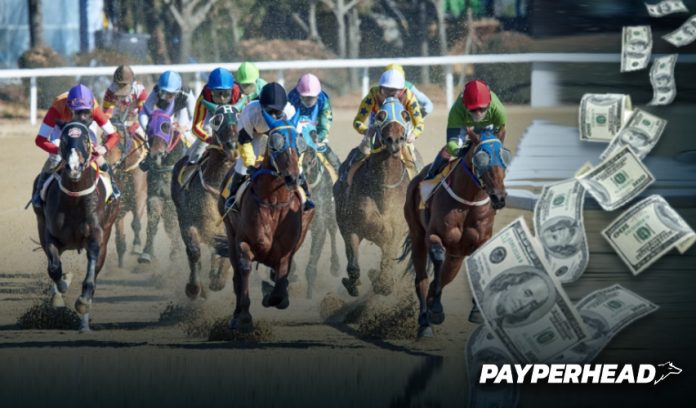 Shortly after the NBA declared a shut down to their season, Churchill Downs said they were rescheduling the Kentucky Derby.

Churchill eventually made September 5 the date for the Kentucky Derby. By September 5, the Kentucky racetrack reasoned, Churchill could allow fans to attend America’s most famous horse race.

Yearly, the Kentucky Derby attracts over 125,000 spectators. It’s one of the most-watched sporting events of the year. But, the pandemic is still happening, which means moving the Derby date didn’t satisfy Churchill Downs’ goal.

The Twin Spires track will allow a small group of “fans” to watch the race live. Those fans, as horse bettors might expect, are owners, their families, and racetrack professionals.

The uniqueness of this year’s Kentucky Derby won’t affect what happens on the track, or the amount of betting dollars pay per head bookies should expect. If anything, preventing players from going to their local racetrack could encourage online horse racing betting.

With that in mind, online racebook owners should pay attention to the action on the following horses.

We also add a few thoughts on a couple of longshots who could take the garland of roses.

Tiz the Law -135 –  It’s rare to see a Derby favorite offer under even money odds. Then again, it’s rare to find a Derby contender that has blitzed his competition. Tiz the Law won both the Belmont Stakes, run at 1 1/8 miles this year and the 1 ¼ mile Travers Stakes. He should win on the first Saturday in September, which means bookie software agents shouldn’t feel bad about taking the Law off the board.

Art Collector +600 – The Thomas Drury trained runner sired by Preakness Stakes winner Bernardini is a magnificent horse. Like Tiz the Law, Art Collector has dominated winning 5 in a row. But Collector prepped at Ellis Park for his Derby run. It isn’t easy to see him taking it to Tiz the Law.

Honor A.P. +700 – Grade 1 Santa Anita Derby winner Honor A.P. finished second behind Thousand Words in the Shared Belief Stakes. Thousand Words got away with a relatively comfortable lead. What to notice about Honor A.P. in the loss is how he settled in the stretch and then had a quick turn of foot to pick up second. If he does that in the Derby, he could go past Tiz the Law.

Authentic +1100 – The Baffert front-runner almost made his horse race betting backers cry in their beers. Authentic barely held off the late-charging New York Traffic to win the Haskell Invitational in his last. The odds imply he has a shot on September 5. The way he runs suggests he doesn’t. It’s up to individual horse racing bookies to decide if they want to take this guy off the board.

Keep an eye on these 2020 Derby longshots

Thousand Words +2200 – The way he fought off Cezanne and Honor A.P. to take the Shared Belief was ultra-impressive. Thousand Words could relax behind the front runners and get first run on Tiz the Law. Because Baffert trains, he’s a serious contender, meaning per head racebook operators had better shut off wagering or lower his odds after attracting action.

New York Traffic +4000 – If the pace is swift enough, New York Traffic has a shot. He’s the best closer in the 2020 Run for the Roses, which makes him a much better play than the +4000 odds indicate.

How per head bookies should handle Derby wagering

Bookies must consider their players and sportsbook. Tiz the Law will garner the most action. He’s offering less than even money odds.

But Thousand Words, Art Collector, Honor A.P., and New York Traffic have a chance to win. Bookmakers must consider odds on those contenders.

Don’t allow any Kentucky Derby betting option to get overplayed. For years, the Derby had produced balloon-like payouts. Make sure to set max betting odds on Derby participants.

Right now, pay per head agents can get up to 3 months of the best sportsbook software on the planet for $3 per head. The software includes a racebook, which means bookies can offer wagering on the 2020 Kentucky Derby.