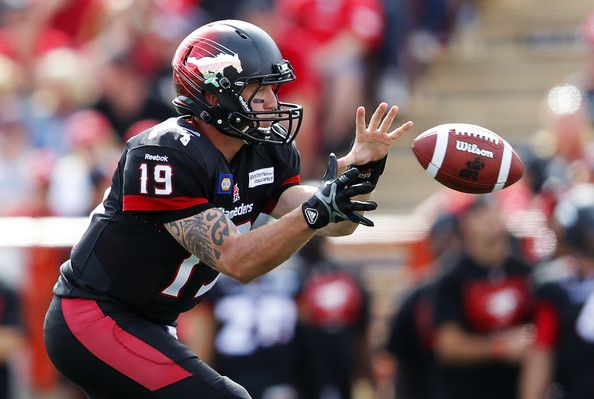 We have a Week 3 rematch to kick off Week 5 of the CFL season as the Ottawa Redblacks host the Calgary Stampeders from TD Place Stadium, looking for revenge. The Stamps went into their bye week with a 24-14 home victory over the Redblacks that kept them undefeated straight-up and against the spread. Calgary led by slim 7-6 margin at halftime as their defense continues to dominate. Bo Levi Mitchell threw for 251 yards and two scores, while Don Jackson rushed for 84 yards and a TD. QB Trevor Harris struggled for Ottawa, completing 44% of his passes for 135 yards and a pick and was eventually yanked. Calgary held the Redblacks twice at the goal-line early in the fourth quarter. The over is 6-1-1 in the past eight meetings despite the previous matchup going under.

With all the publicity the offense gets, Calgary’s defense has been even more impressive to start the season. They have allowed the fewest points – 35 in three games – and are tied for first with four forced fumbles and second with nine sacks. Mitchell is starting to click after a sluggish Week 1 and has 872 yards and six TD passes, third and second in the league, respectively. Jackson is third in rushing with 294 yards, and Eric Rogers is tied for third with three touchdown catches. The Stamps are 6-1-2 all-time in regular-season action against the current Ottawa franchise and 6-1 ATS in their past seven Thursday games.

The Redblacks won and covered as 7.5-point favorites last week in Montreal 28-18 against the lowly Alouettes. Harris was back under center and rebounded nicely from the Calgary game to throw for 342 yards and three touchdowns. Brad Sinopoli caught a career-high 11 passes for 148 yards and a touchdown. Harris also found Noel Thomas and former Alouette Jean-Christophe Beaulieu in the end zone. William Powell led the rushing attack with 138 yards on 23 carries. Michael Wakefield led the defense with two sacks for an Ottawa team that has beaten the Als nine out of 10 times. Ottawa is 2-5 ATS in its past seven after a win.

It’s really hard to go against this Calgary team, but they can’t win and cover every game. Ottawa played them tough in Calgary and have a good enough defense to keep this close at home.